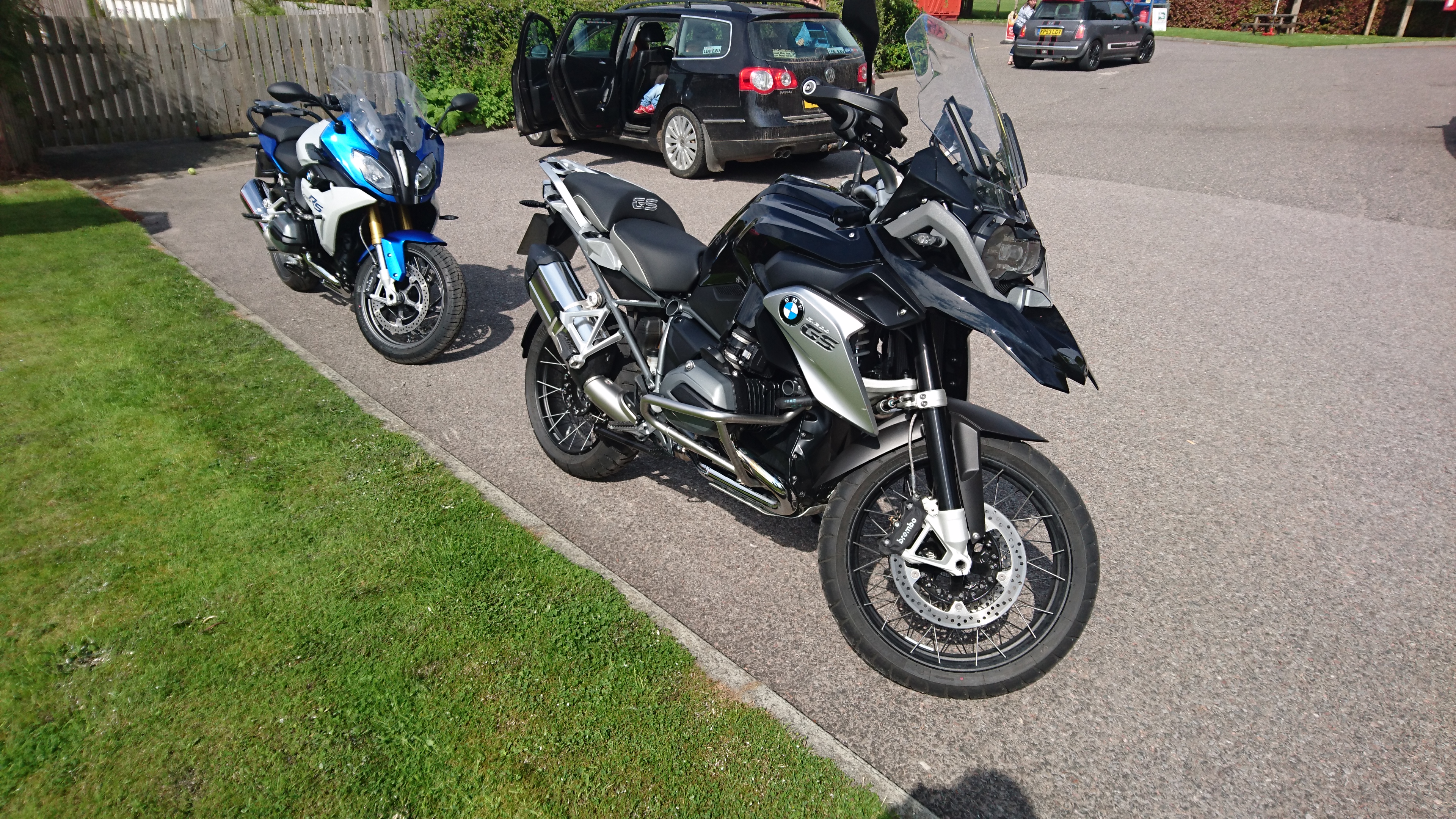 I received a message from Dave on the Friday afternoon saying that he was heading up to Inverness early on the Saturday morning to get his bike serviced and did I fancy a wee run up. The weather forecast was looking OK and I didn't have any other plans so who was I to say no.

After an early departure from Aberdeen I met up with Dave in Alford and we headed up over the Lecht and to Tomintoul. From there we headed to Grantown on Spay through to Carrbridge. After a boring run up the A9 we arrived at BMW Harry Fairbairn Motorrad in Inverness for around 8am. Dave's bike was checked in so we had a good look round the showroom at all the shiny new bikes. After a good chat with Ivor, Dave and I thought we would kill some time by taking a couple of bikes out for a test ride. Dave chose the R1200RS and I went for the R1200GS TE.

I had only ever ridden Dave's old air cooled R1200GS Adventure before and that was tainted by it being fitted with knobbly TCK80 tyres which, compared to the Ducati Monster with road tyres, felt like I was riding on ice and was going to end up off-road at the slightest bend on the road. Compared to the V-Strom 650 I had ridden there on the GS felt big standing beside it. Once you swing a leg over it it didn't feel quite as large but the wide handlebars and riding position did make it feel a wee bit intimidating.

The first thing I noticed was the strange ergonomics and the side stand being in an odd position. Not uncomfortable, just different to what I was used to. After a short briefing from Ivor as to what buttons did what we headed out of the carpark and headed North out of Inverness.

The bike felt really well balanced, no doubt due to the engine configuration, and the strange feeling from the front from the front Telelever took a bit more getting used to. As everyone seems to say, once you learned to trust it the bike was really nimble and sure footed.

What I wasn't prepared for was just how quick the bike was. Helped, no doubt, by having ridden to Inverness on a 650 with half the power of the GS. Cars ahead were soon behind in a blink of an eye. Very impressive but also bit concerning as the bike was so capable it was all to easy to end up going faster than intended with the bike feeling well within its comfort zone.

We stopped in Contin for a coffee, a chat and to take a few photographs. 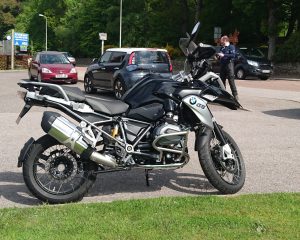 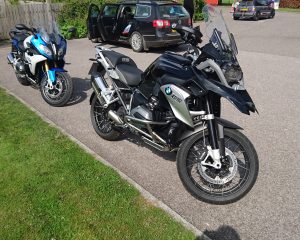 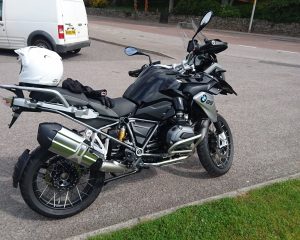 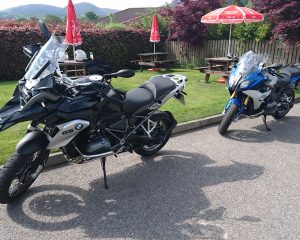 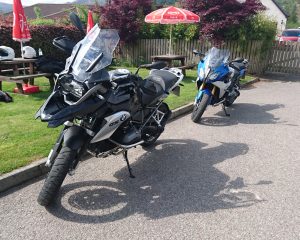 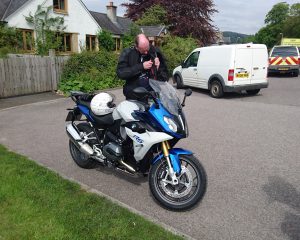 After leaving Contin we took a magical mystery tour back to Inverness to return the bikes and see if the service was complete. On the twisty B roads we ended up I did have a chance to have a small play with the electronic suspension settings which can be changed on the fly. I ended up going with the soft comfort setting which was fantastic on the bumpy roads we were on. I tried a few braking tests to see how the bike performed in an emergency stop situation and was extremely impressed with how the bike performed. Not only did the bike stop very quickly it was the manner in which it did so that got my attention. The bike felt totally composed and in control regardless of how hard I braked. If I had done the same on the V-Strom the forks would have bottomed out and the ABS would have been going mental.

There were a few things I didn't get on with however. There was an annoying whistling sound from the front fairing that I couldn't get rid of regardless of the screen position. The indicators are electronic with a self cancelling mechanism so the indicator switch felt horrible and lifeless. The other thing I didn't get on with was the quick-shifter. I read reviews on new bikes these days and they seem to all go on about bikes being let down by not having a quick shifter but I really didn't get on with the one fitted to the GS at all. Maybe I wasn't riding aggressively enough for it to work properly but that's just not my style and found the shifts more pleasant and smooth if I did them myself using the clutch.

Overall I was impressed with the GS especially it's all day comfort and how well it could stop. However, it is a lot of money in the spec that I tested and hard for the likes of me to justify. I would probably use the electronic settings once and just leave the bike in them and with all that power I would probably end up loosing my license. If I was doing a lot of long distances two up with luggage then a bike like that would make sense but for the riding I do and mainly riding solo I'll stick to smaller capacity bikes with 60-99bhp.